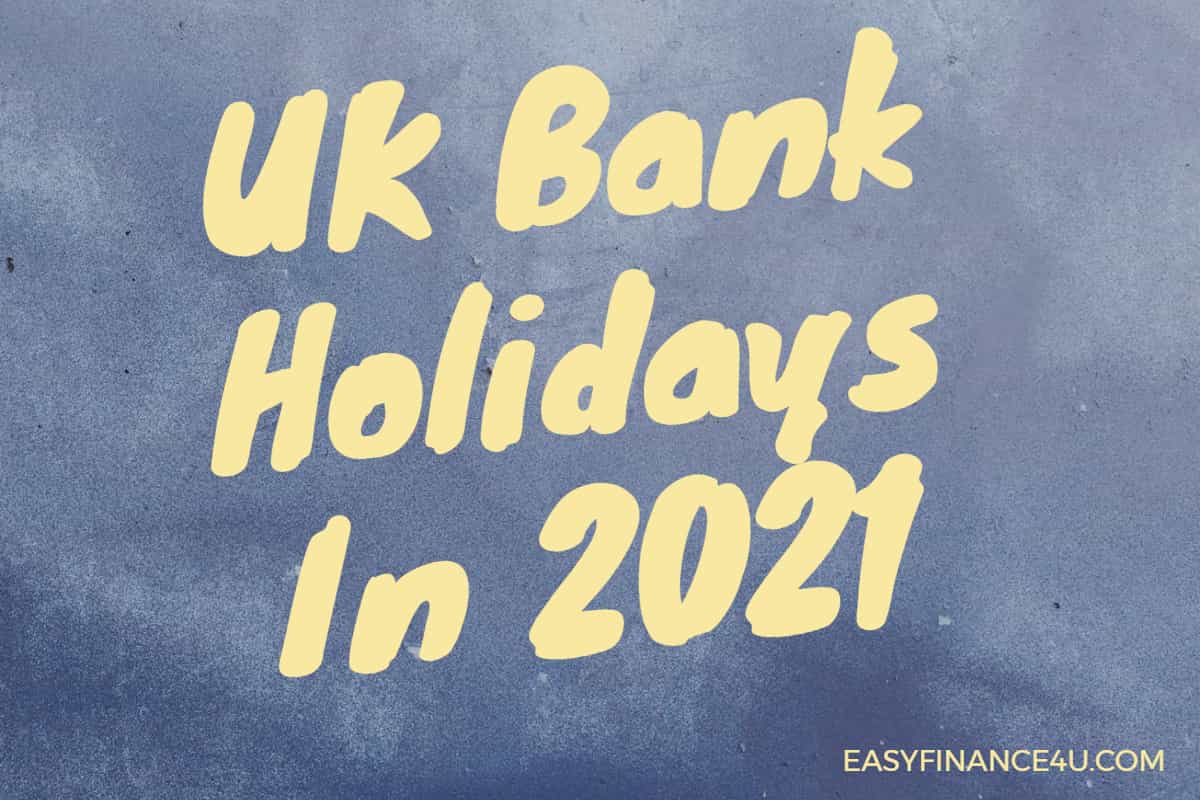 2020 is almost ending, and we have reached October. The next two months would pass in no time, and 2121 would come in, bringing new hopes and dreams. 2020 had been a roller coaster ride thanks to the pandemic. The situation in the UK was much worse. Most of the year was spent indoors while witnessing the results of the pandemic.

Adding to this was some of the most disastrous incidents around the world that claimed human lives. So, we are looking forward to 2021, hoping to lead a new life without the fear of a pandemic. We expect to spend our holidays touring with our family and friends.

We also had to cancel a lot of holiday and professional plans because of the pandemic. So if you are living in the UK and want to know how the holidays fall, let’s jot the UK Bank Holidays.

Countries like England and Scotland are still under restrictions and the people there still hope that 2121 would be a year where they can spend time at a beach or on some nearby island. So, to chalk out a plan in advance, here is the list of UK Bank Holidays for those of us who live in places like England, Scotland, Wales, and Northern Ireland.

The people residing in England and Wales can access the standard eight UK bank holidays in 2021. This procedure is not to be changed or altered unless the Queen declares an extra holiday which would be a bonus point.

This authority only resides within the Queen. But this seldom thinks that would happen whenever there is a royal event or something. And there has been no news of any forthcoming royal event shortly.

In 2021, there are no major changes, but around Christmas, there will be some substitute UK bank holidays. In 2021, Christmas and Boxing Day falls on two consecutive days, which is Saturday and Sunday. As a result of this, Monday and Tuesday would be a bank holiday.

So, here, we are getting four consecutive days as holidays that too during the festive season. Easter in 2021 has arrived early, indicating a shorter spring term for schools and a longer summer term.

Here is the list of the UK bank holidays.

There are only nine bank holidays for those residing in Scotland in the year 2021. Almost the holidays in Scotland are similar to England and Wales but let’s find out a few different holidays.

According to tradition, Scotland has an official holiday on January 2 only because in 2021; this day falls on a Saturday. So, January 4, which is a Monday, will be a holiday.

Again, there will be no easter Monday as a bank holiday. The Scottish summer bank holiday is on August 2 instead of August 30. Also, the people of Scotland get an additional holiday on November 30, 2021.

The people residing in Northern Ireland are very lucky, and they get two extra bank holidays as a bonus. These two holidays are  St. Patrick’s Day  which comes on March 17, and Orangemen’s Day on July 12.

The system of bank holidays collating with annual leaves

Ok so, the question is how the bank holidays match with the annual leaves. So, let us guide you on that. All the employers in the different parts of the UK are not entitled to provide paid leave for all the holidays. However, they have the liberty to select which among the holidays to given as paid holidays and which not.

An employee has the right to get 28 days’ leave annually. But don’t be surprised if you find the 8 Uk bank holidays included in the list. Then apart from these eight days, you will get 20 days as annual leave. Given that you are a part-time employee, your situation would be very different from the issue we are discussing.

In this case, Who would calculate your holidays based on the number of days you work full time. So, in this article, we have explained in full the UK Bank Holidays for various regions.

How To Make Money As A Teenager

Pound to Euro: Why is the GBP stronger that the EUR?

Can You Make Money On Binary Options? Myths And Reality

Best Way To Boost Your Income In An Hour

How Do You Use MetaTrader 4 In Trading?