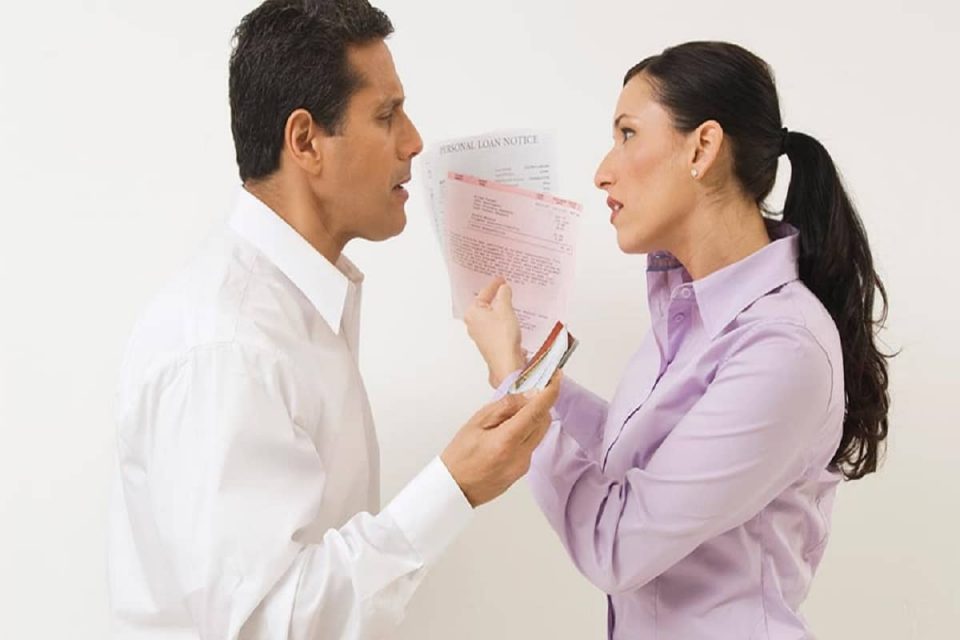 It’s no great surprise that money (or lack thereof) is one of the top stressors in a relationship. According to Amanda Mills, financial therapist and the co-author of Bringing Money Into The Conversation, “If you fight about money at least once a week you’re 30% more likely to divorce”. But it doesn’t have to be so. Follow these ten commandments, and you’ll get back to being lovers, not fighters.

Thou Shalt Communicate (Without Getting Emotional)

It’s important to figure out how to communicate about money without getting over-emotional, says Mills. Everyone brings their own “money baggage” into a relationship. Go out for dinner and talk about your childhood, money, how things worked in previous relationships. This will help you understand where the other person is coming from.

Thou Shalt Have Money Of Your Own

A joint bank account is important for household expenses like mortgage and groceries but keeps some autonomy. For example, you should be able to buy a present for your husband without him knowing what it costs (within reason, of course!)

Thou Shalt Not Judge Your Mate’s Love Of Comic Books

Support your spouse! If collecting Wolverine comic books makes him happy, maybe it’s worth the money. But if the comics are overtaking your house, or the electricity bill isn’t getting paid, it’s time to cut back. Says Mills, “People hate looking at where they’re spending but if they can take the guilt out it, they can start to make some new decisions and that’s really exciting.”

Though Shalt Not Let Budgets Ruin Your Relationship

Instead of strict budgets that can make you feel deprived, keep track of what you’re each spending. Look at the past year: Do you want to spend more or less this coming year? $100 spent each month on lattes might be a savings pocket you decide to put towards a trip to Cuba.

Thou Shalt Not Talk Business In Bed

Fight about anything, but try not to fight about money, especially in the boudoir. Instead, dedicate a room (or two equally comfortable chairs) in the house where you meet and talk “business.” This takes the emotional charge out of the conversation, and you’ll be less likely to argue.

Thou Shalt Contribute Something (Even Fresh Flowers)

Typically debtors are thought of as “bad” and savers as “good,” says Mills. But that doesn’t mean each person doesn’t have an important role to play in the partnership. For example, which could put the saver in charge of long-term financial goals, and the spender can take care of the day-to-day expenses or making the house look nice.

Big purchases can create a lot of stress between two people. According to Mills, women typically like to make big purchases with their partners, whereas men often prefer doing it alone. Discuss in advance how much you can each spend on one item without having to consult the other.

Though Shalt Ask About Money BEFORE Getting Hitched

Money talk can be a minefield. It used to be that sex and politics were officially off-limits on first dates, but money is too. It’s a good idea to find out what kind of debt your new love is bringing into the mix as soon as possible. Student loans? Credit card debt? Gambling? You don’t want to get a big shock once you’re in it for the long haul. Money fights are usually about values, so choose the right partner whose values you share.

Thou Shalt Not Commit Financial Infidelity

Talking about debt is hard; declaring bankruptcy because you spent the savings on Jimmy Choos is harder. Instead of yelling at each other, remember it’s a numbers game. Calculate how much more you’re each spending per month than you’re bringing in; they find little ways to bring that amount down. Going out for dinner one night a week instead of two can make a big difference!

Though Shalt Hug It Out

It’s important to keep things in perspective, says Mills. “Money is just money.” There are so many more important things in life: your health, your children’s happiness, and your affection. This will help build a bond and can do more for your happiness than that double-foam latte.

What Do I Need To Open A Bank Account?

It Is All About Offering You Easily Affordable Funds

Permeate In Your Demands

Enjoy Money In No Time

No Need To Risk One Asset To Buy Another